Usher is about to be a father again!

According to reports, Usher and girlfriend Jenn Goicoechea are expecting their first child together — which will be his third. 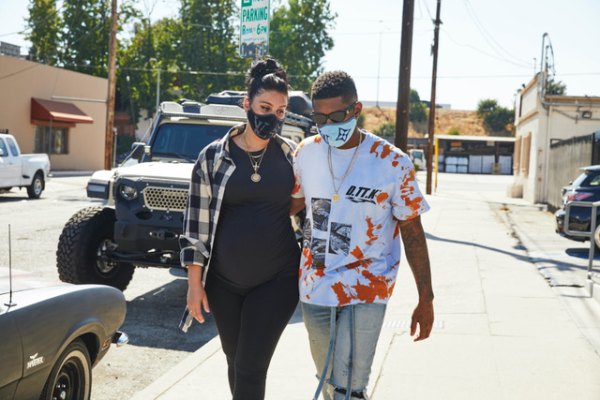 A source very close to the couple tells Us, “They are thrilled and very excited.” The couple were spotted on L.A., outside a production studio, on Monday, August 31, with Goicoechea’s baby bump on display.

The Grammy winner, 41, previously welcomed two sons with his then-wife, Tameka Foster — Usher, 12, and Naviyd, 11. After splitting from the stylist, 49, in 2009, the Texas native went on to wed Grace Miguel.

In 2018, Raymond and the New York native, 51, announced their split, telling Us at the time: “After much thought and consideration we have mutually decided to separate as a couple. We remain deeply connected, loving friends who will continue supporting each other through the next phases of our lives. The enormous amount of love and respect that we have for each other will only increase as we move forward.”

The performer was first linked to record executive Goicoechea, 37, in October 2019 when they were spotted backstage at the Hollywood Bowl.

Today has been full of surprising news. Congrats to Usher!