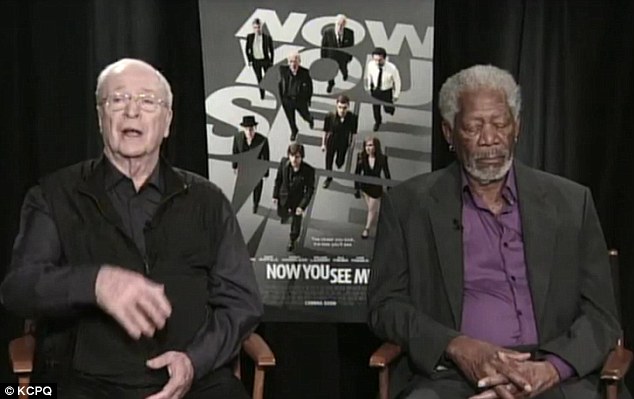 This is absolutely hilarious.

75-year-old Morgan Freeman joined co-star Michael Caine for promotional interviews for their new movie Now You See Me, however Freeman could not stay awake during a live interview with a US TV channel on Wednesday.

The show’s presenters Kaci Aitchison and Bill Wixey spoke to Freeman and  Caine (who’s 80-years-old himself), about the movie – but obviously Caine got his full 8 hours of sleep the night before.

The most awkward moment was when the anchors attempted to wake Freeman up a few times…but just kept it movie.