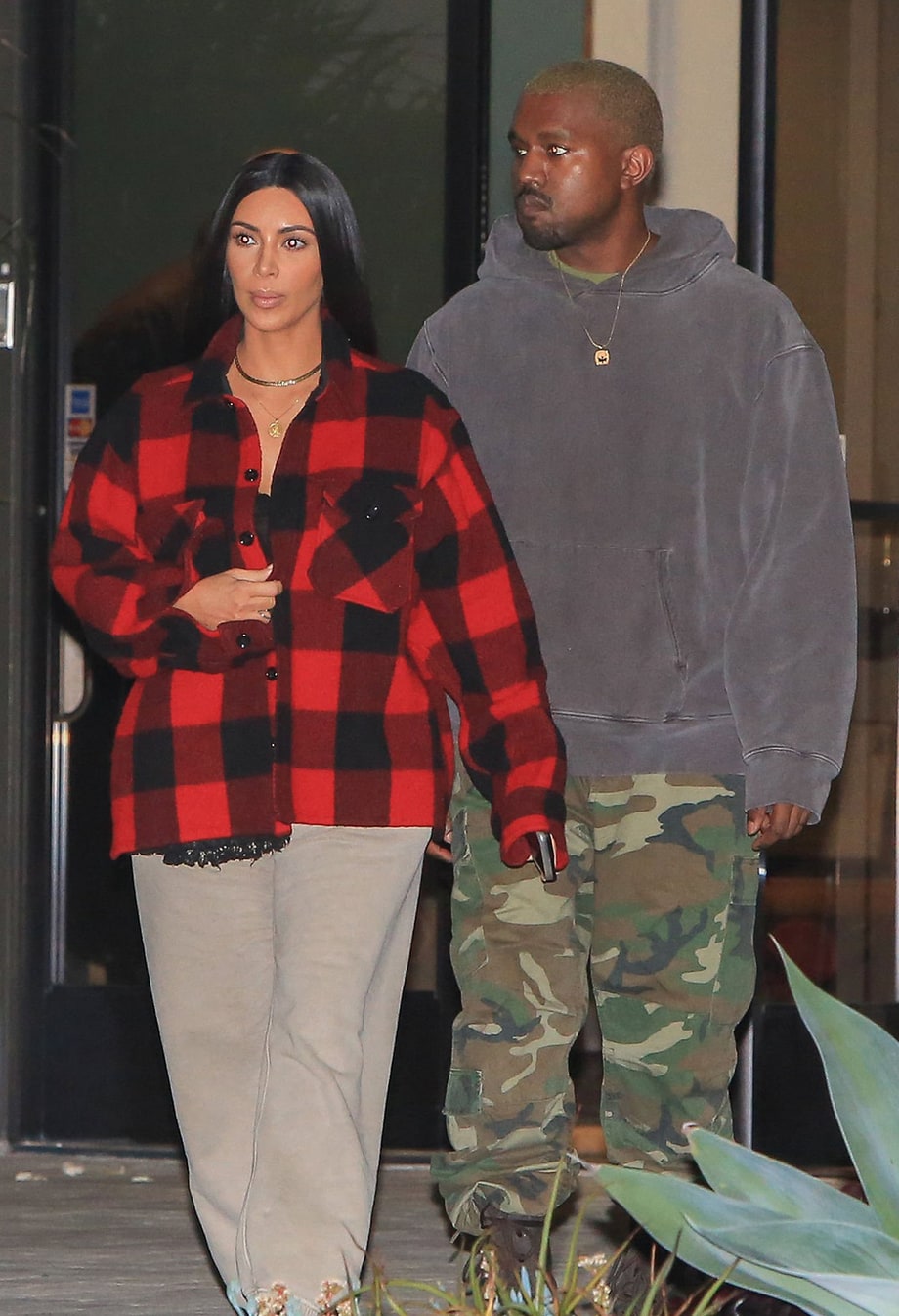 X17 reported that the Keeping Up With the Kardashians star and the “Fade” rapper went to celebrate Beyoncé and Jay Z’s daughter Blue Ivy’s 5th birthday. They didn’t bring along their children, daughter North, 3, and son Saint, 13 months, with them, however.

Kardashian was photographed with an understated glam look in an oversize red-and-black plaid shirt, loose tan sweatpants and nude stiletto boots. Her husband of two years, meanwhile, opted for a dark gray hoodie, camouflage pants and black boots from his Yeezy collection.

The couples’ meeting comes less than two months after West blasted Beyoncé, 35, and Jay Z, 47, in a lengthy concert rant in Sacramento. During the rant, he alleged that Queen Bey only agreed to perform at the 2016 MTV Video Music Awards if she won Video of the Year for “Formation.”

West also called out Jay Z for not returning his phone calls after Kardashian’s Paris robbery, saying, “Jay Z, call me, bruh. You still ain’t called me. Jay Z, I know you got killers. Please don’t send them at my head. Please call me. Talk to me like a man.”

Days later, the Yeezy fashion designer was hospitalized at UCLA Medical Center’s Resnick Neuropsychiatric Hospital for exhaustion. Sources previously told Us Weekly that West was stressed out about his massive Saint Pablo Tour, which he canceled in late November, and was struggling to cope with the aftermath of his wife’s October robbery.

It looks like Kanye and Jay Z may be starting 2017 on the right foot! Good for them.