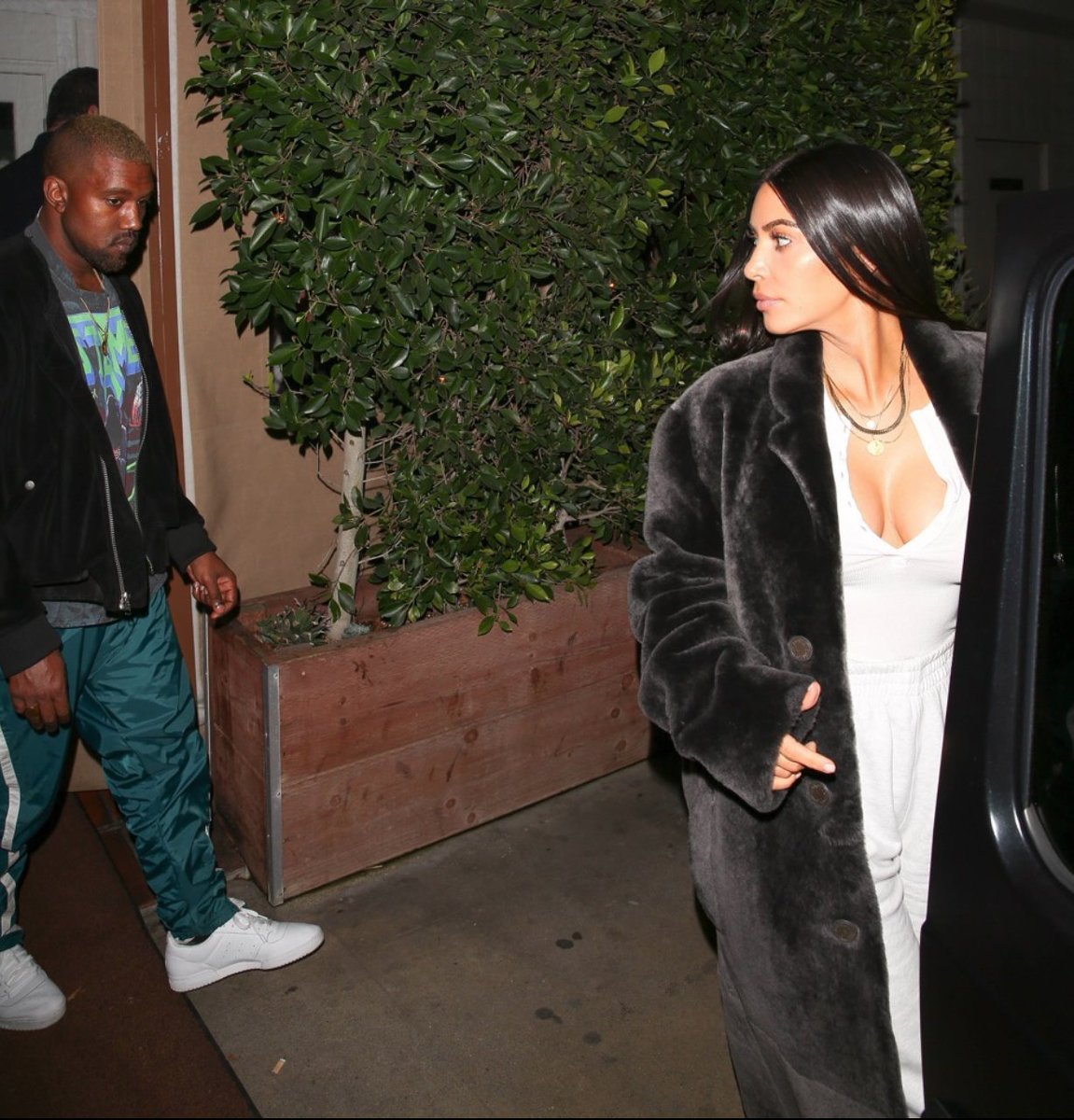 Kim Kardashian and Kanye West were spotted out and about together for the first time in several months.

The duo did dinner on Sunday night at Giorgio Baldi in Santa Monica.

Kim was noticeably without her jewelry — just a simple wedding band. Her overall look was much more understated as well.

We’re glad to see them back!